When observing the architecture of Seattle's downtown, at first it doesn't surprise or impress.  In fact, I think I was expecting a much more modern city.  But on second glance, it's much more interesting than that.  I think it is the mix of old and new that make it so beautiful. 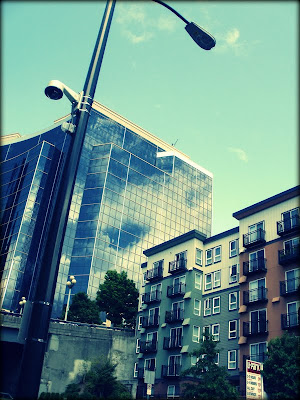 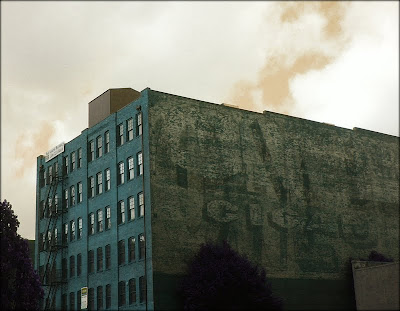 Here's a post-industrial building with faded signage that looks like it could be in Cleveland. 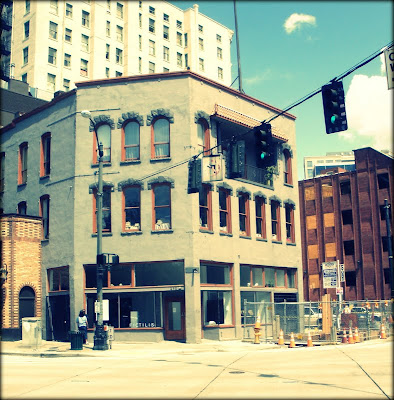 Here's another building which reminds me of the buildings in Cleveland that wrap around corners. 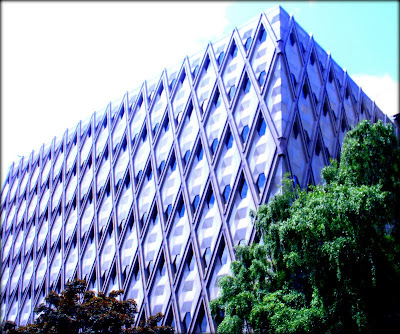 This particular building reminds me of a building I photographed in Toledo.  They must be of the same time period.  70s maybe?  Unfortunately, I'm not very well versed in architectural time periods.  (If interested in seeing the Toledo building, click here.) 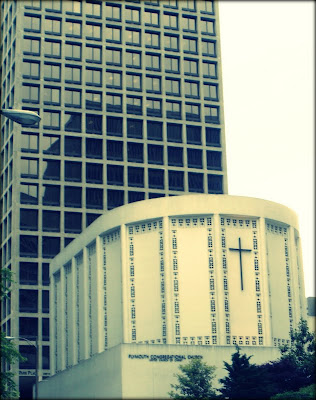 And this little church looks like it could be in Toledo.  Or Columbus.  I do love a little church holding its own next to a skyscraper, though. 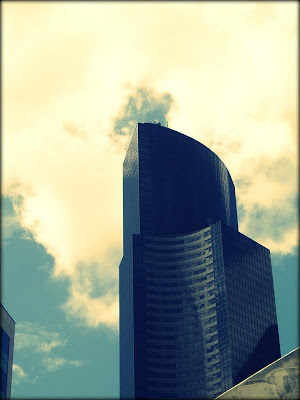 There are modern buildings. 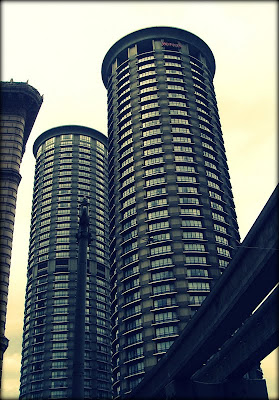 I found these round buildings very interesting. 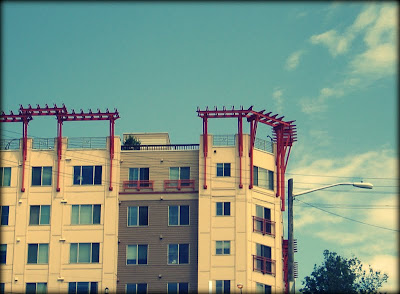 A lot of buildings have trellises built on them because Seattle is so green. 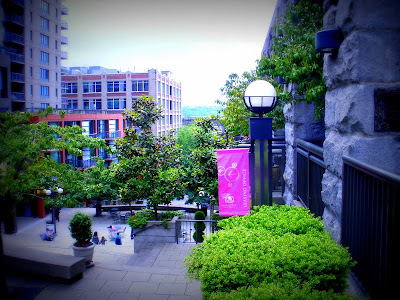 It's easy to see why it's nicknamed Emerald City. 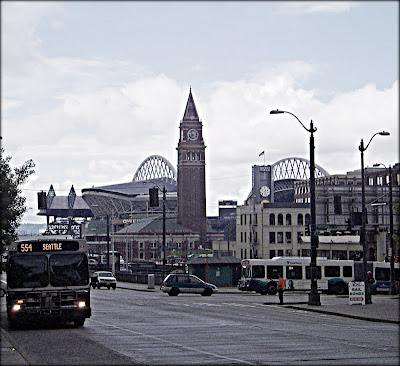 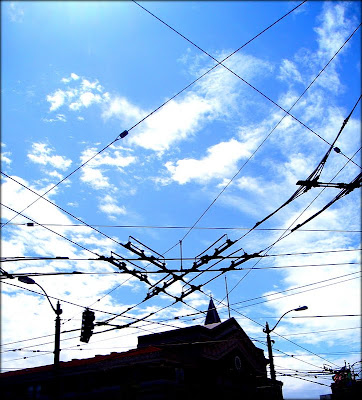 I was excited to see the hybrid buses!  There are buses, still on wheels but powered by electricity, so there is a vast network of wires.  Can you believe it?  The buses in downtown Seattle are free!  In Cleveland one bus ride is $2.25!  It was only a couple of years ago that the bus only cost 75 cents. 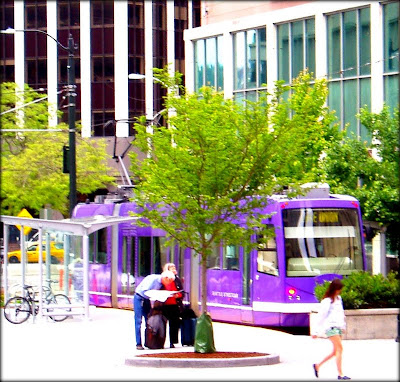 It's not really the architecture that makes Seattle great.  It's the people, the pace and the attitude.  It's the commitment to the arts and sustainability that makes this one of the best cities I've ever visited.  Like it's architecture, Seattle has just the right mix.

All images by Peggy
Posted by Peggy at 11:42 PM

Email ThisBlogThis!Share to TwitterShare to FacebookShare to Pinterest
Labels: Seattle

Those pictures are really good. I can tell you were inspired.