Reflections, gratitude and what to expect in 2018

2017 was a strange year. Among other things, I celebrated the 10th anniversary of my blog. 10 years ago I didn't even know what a blog was, and I didn't know what I was doing.  I still don't.

It occurs to me I say the same boring thing every New Year's Eve. Upon reflection, I realize that goals are futile.  Life is messy and keeps getting in the way.  Better to go with the flow. Instead I'm going to focus on where I am in the moment. And be grateful for the things I have rather than the things I supposedly lack.

Someone - either Betsy Ross or the Buddha I'm not sure which - said that happiness relies upon disposition not circumstance.  Instead of always wishing I were somewhere else, I want to stay in the moment and appreciate where I am and what I have.

In my younger days, I never would've thought I'd move so much in my life. Thank goodness I travel light. This year took me from Akron to Denver to Cleveland to Hudson and to Cleveland again. I planned to retire in Denver, because I love the mountains and weed is legal.  It was not meant to be, I could not find  affordable housing. This, as well as legalization of weed will be subjects of  subsequent posts.
Among many of the places I have lived this year, I actually lived on the street for three days in Denver. I hope to never experience homelessness again. This will also be the topic of subsequent post.

For today, I'd like to focus on the things I'm grateful for, rather than the things I supposedly lack. As I read blog after blog and watch vlogs on YouTube, I notice people constantly share what they bought, what's new, and the many things they want. Not a judgment, I'm guilty of the same. I wrestle with guilt over my obsession with what I sometimes perceive as trivial.  But damn humans sure make beautiful things don't they? That's why we should spread around the money in this country more equitably, because we'll just turn around and put it right back into the economy. A digression yes, but also the subject of a subsequent post.

I sometimes think about giving up blogging because I lack money, and must decorate on a shoestring.  I'm human and am sometimes envious of the homes of those with a lot of money to spend. In addition, I actually feel ashamed that I am poor, and not what America considers a success.  This will also be the subject of a subsequent post.

The thing I learned from homelessness is:  there is nothing like having your own roof.  If you have nothing else, you should at least have your own roof.  Even if you have to sleep on the floor, like I did for a couple of months when I returned to Cleveland.  I was damn happy for that roof, floor and walls.  Even though it was empty, I had my dignity.  I realized that a home that is empty of possessions is full of potential.  And I basked in that.

I cannot believe we have homelessness in the U.S.  Such a concept should be inconceivable.  Homeless people don't need your tiny gifts of food, money or blankets, they need homes.  A roof of your own is more important than art or furniture.  Again, the subject of the subsequent post.

That said, I love beautiful things. Just not too many.  Once you start downsizing, you start to realize the joys of living simply.  Enjoying living a simple, organized life will be a frequent topic on the blog this year.

I don't make New Year's resolutions, because I'm trying to be a better person everyday. But I'm going to make one exception, I hope to have my book finished by the end of the year.  To those friends who have been so supportive of this endeavor, I can never thank you enough.
Meanwhile my wishes for humanity this year are the same as always. I pray for peace, I pray for the end of violence. I pray for the end of war and poverty. And I pray that the pendulum shifts to a position of dignity in the White House once again.  Another subsequent post.

Happy New Year dear ones. As always, thank you for reading.  2018 is going to be full of writings about simplicity, organization, art, beauty and politics.  I hope you will follow along. XO
Posted by Peggy at 12:11 PM No comments:

J Segal Design, Part II: The Most Beautiful Desk in the World

Hello dear readers!  Hope you are having a wonderful holiday season.  In the post below, I introduced you to designer J Segal and the beautiful bags he makes. Jeff is multi-talented, everything he touches turns to gold. Today, I'd like to show you an example of his hand made furniture.

The iLean desk!  The most beautiful desk ever!  Perfect in its geometry and balance, it's actually two pieces.  This desk would look fabulous in a mid-century, retro or industrial environment.

I would love to see it paired with a Charlotte Perriand bookcase.  I need to win the lottery so I can buy it.  I am obsessed!  And dig that ikebana vase, I need that too.  Humans make really beautiful things, don't they?

Design fans, stay tuned for my year end review which will include the most beautiful furniture ever designed.  This piece, of course, makes the list. 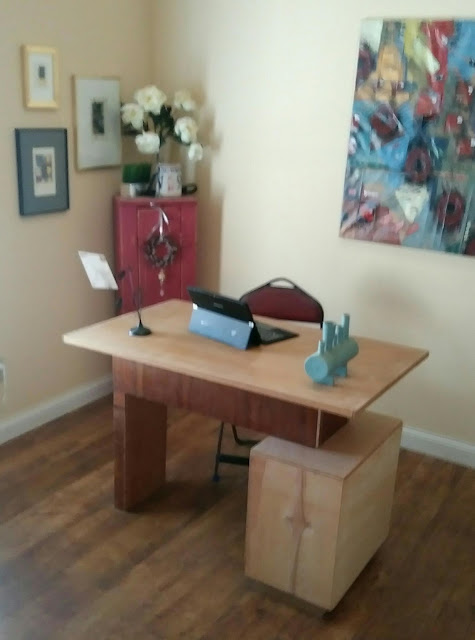 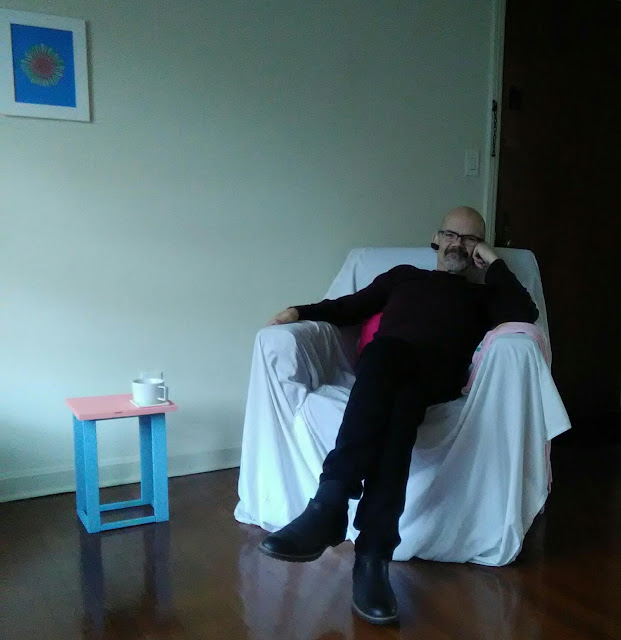 Hello friends!  Hope you are doing well.  If you are a longtime reader of my blog (thank you xo), you know that I am a supporter of buying from local artisans.  In that spirit, I'd like to introduce Northeast Ohio designer/artist eoxtraordinaire Jeff Segal.

If you are a shopper who is thoughtful and likes to gift non mass produced objects, may I suggest one of Jeff's handmade bags?  You can never have too many bags, right?  Jeff's bags are all lovingly made by hand with exquisite attention to detail. They are beautiful inside and out, as well as being totally functional. Each bag sports niches and pockets which allow the perfect organization of those important digital devices we all rely upon.

And they are not just for women!  They are perfect for stylish men as well.  Each bag is unique and of recycled materials.

Jeff's approach to upcycling is non-literal.  To quote Jeff:  "I enjoy reducing items to their core, to reduce the superfluous and to amplify the common."

Common materials, perhaps.  Common bags, absolutely not.  Why not treat yourself or a loved one to a new and unique form of wearable art?  Here's a sampling. I apologize for not properly photographing the inside of the bags.  But believe me, they are beautiful inside and out.  All handles and clasps also made by Jeff. 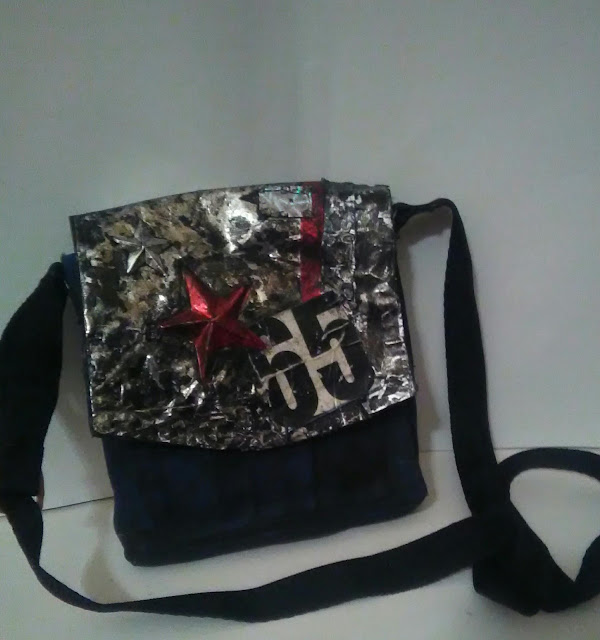 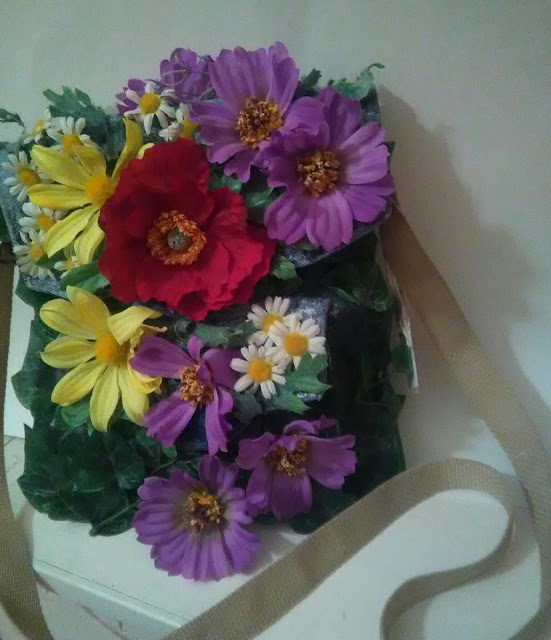 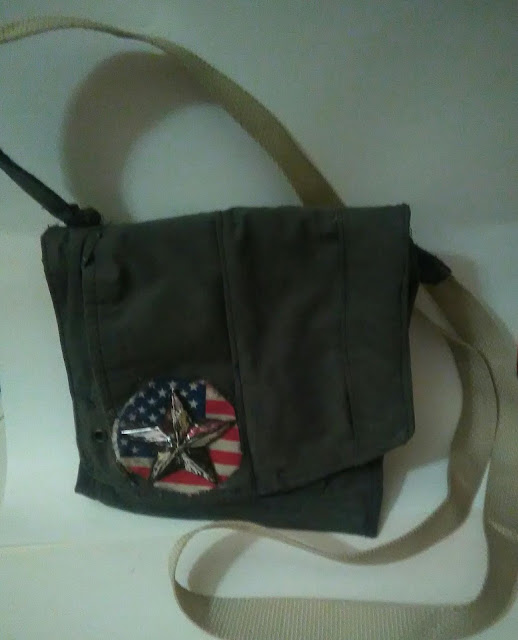 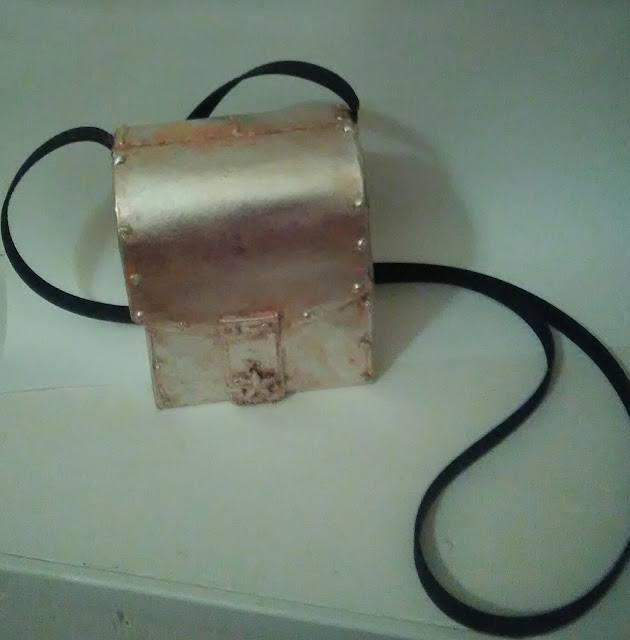 If you are in Cleveland and attending the 78th Street Studios Art Walk this Friday, I will be sporting this bag.  Be sure to say hi! 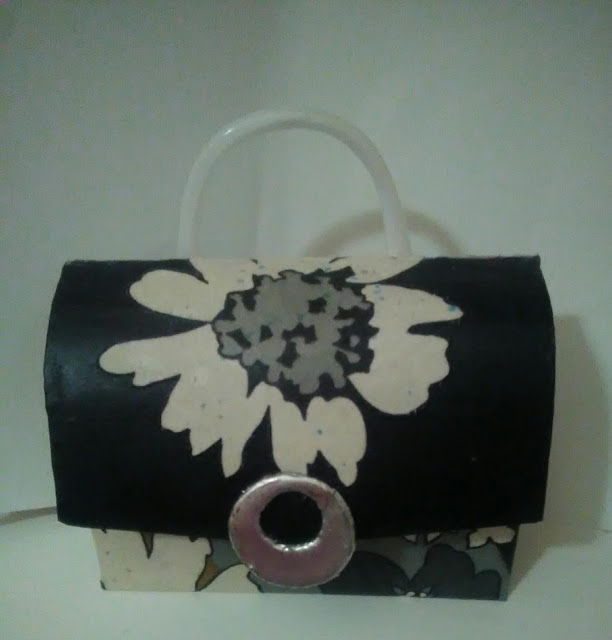 This is one of my favorites, made from vintage fabrics. 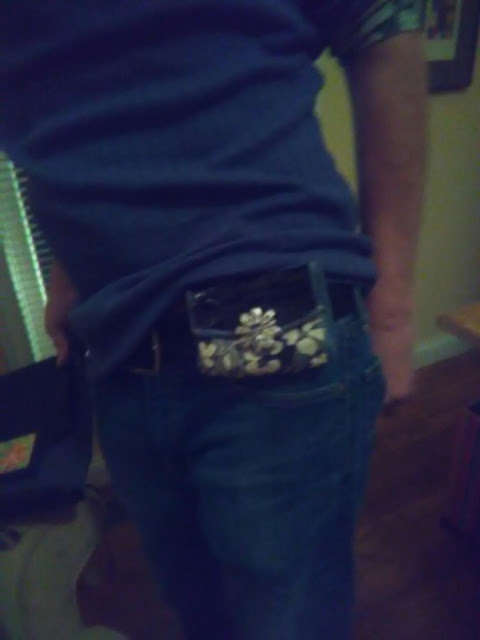 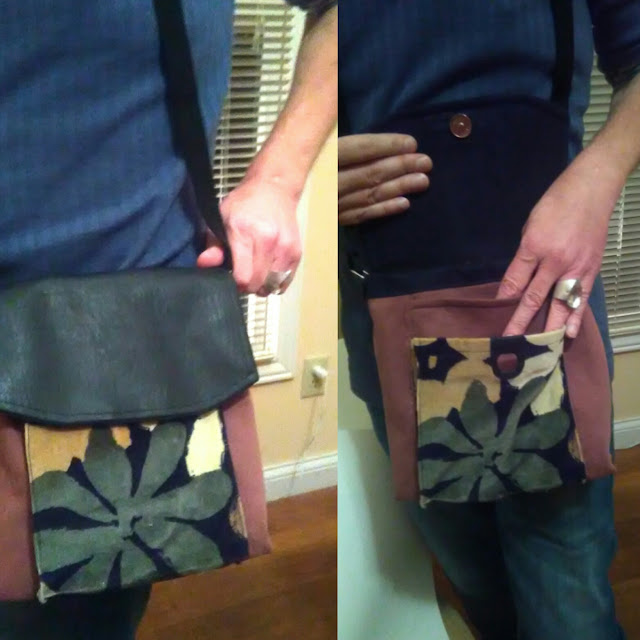 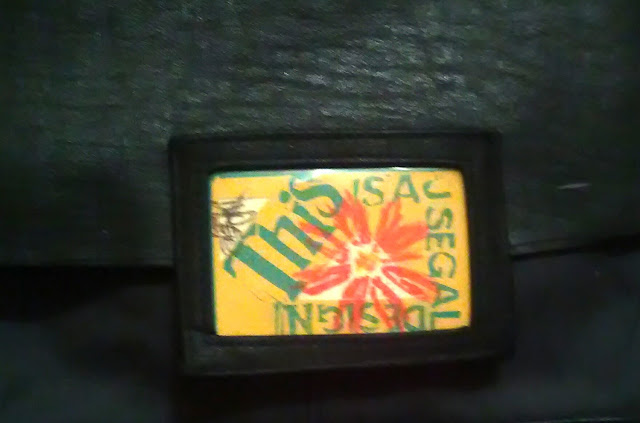 Jeff is a multi-talented designer and makes many other beautiful things as well.  Stay tuned for more art from J Segal designs.  In part two of this series, I will be showing a sample of his gorgeous furniture.