A Serious Man by the Coen Brothers 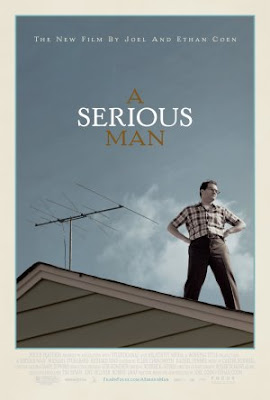 I adore the work of the Coen Brothers, so I was very excited to watch A Serious Man. It didn't disappoint. I was pleased to see this film nominated for an Academy Award (even though Avatar is going to win). The Coen Brothers' are superb writers. It's not easy to pull off a story about a man whose life is falling apart and not make it whiny. If you're a Coen Brothers' fan, you already know about their incredible character development. I love the characters in this film, they are all wacky and over-the-top, but a little subtle and controlled too. Hey, it's 1967 in the midwest.
...
I have to admit I find Michael Stuhbarg's depiction of Larry Gopnik extremely sexy. I gotta thing for nerdy guys whose lives are falling apart. And oh yeah, he's a physics professor too. Awesome. I just want to hug him. I wish Michael would have been nominated for an Oscar, but at least we will probably get to see more of him since the film did well.

You gotta love how Professor Gopnik sticks out his butt as he explains Schrodinger's Paradox. Hey, it's 1967. Those pants have absolutely no give. At least they're not on the ground.
...
My favorite scene occurs when Larry's quiet desperation leads him to Mrs. Samsky's door. Larry is trying to follow the hapless advice of a Rabbi who hints at being neighborly. Amy Landecker gives a remarkable performance as Mrs. Samsky. Mrs. Samsky is ultra hip ennui personified. Everything a 60s housewife should be. 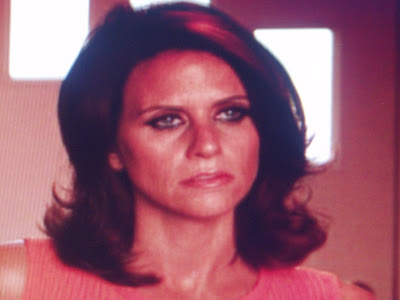 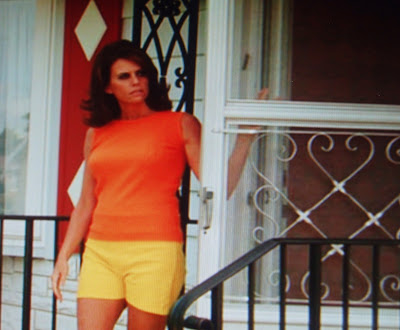 Just look at her! No one could pull off that short set better. Love the colors. To Larry's surprise he is invited into Mrs. Samsky's home. Mr. Samsky is away. 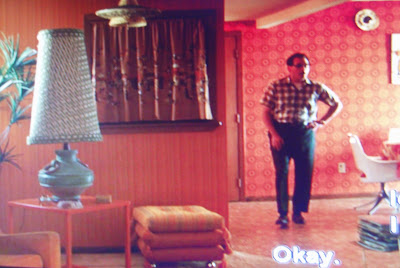 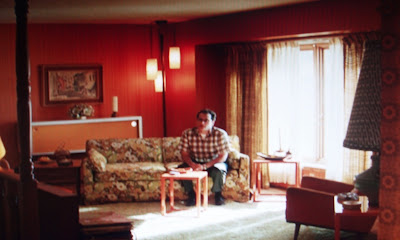 Mrs. Samsky has an orange living room! Too fab. 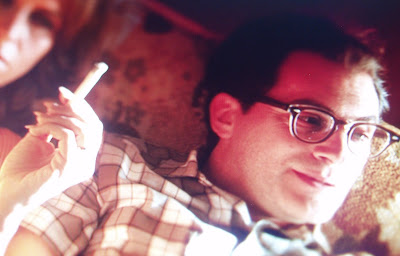 She and Larry smoke a joint. Poor dear Larry, you know this is the first time he has lived in a very long time. As they comfortably sit in quiet sadness together, he speaks of his visit with a junior Rabbi. It turns out the junior Rabbi is the one who is correct. He spoke of our problems being a matter of perception. This really struck a cord with me.
...
When we are feeling lost, it's a matter of perception. And perhaps we are looking at the world through tired eyes, the Rabbi says. Profound.
...
The theme song by Jefferson Airplane says it perfectly. When the truth is found to be lies ... you better find somebody to love. That's really what it's about isn't it?

Images: I photographed these from my computer while viewing the movie. Didn't turn out too bad.
Posted by Peggy at 10:59 PM