Dig 'em but don't know why 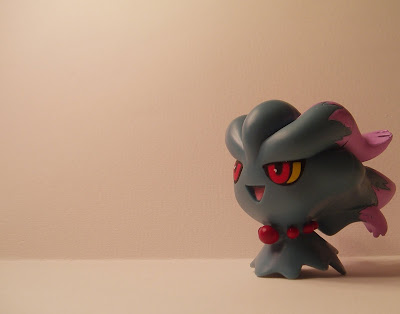 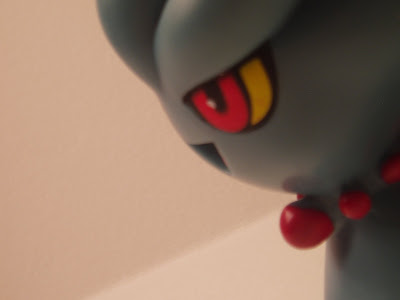 Misdreavus is one of my favorite Pokemon. I am fascinated by resemblance to various goddesses. I love the flowing purple hair and the red necklace that absorbs fear.
---
I first discovered Pokemon in a little record store in Toledo, Ohio. The owner had a collection of Japanese toys, urban vinyl, and lots of manga. He and I had a great conversation about anime. We agreed that we loved it, but didn't understand it. We also agreed that we wished it were less violent, but that there was an unmistakable beauty to it.
---
I marveled at the urban vinyl toys, and bought my first one. I remember the owner saying, "I dig 'em, but don't know why." That's kind of my mantra when it comes to toys, even though I keep trying to put into words why I like them. I consider them a form of pop art. But the truth is: I dig 'em but don't know why. And that adds to their appeal.
---
Pokemon are amazing. I marvel at the immense creativity it takes to create the characters, each one has a special ability and many evolve. If you're a collector, Pokemon make a great collection. Since new characters are created every day, your collection will never be complete. You have to be a genius to learn the card game.
---
I recently watched the first Pokemon movie and was fascinated and repulsed at the same time. The characters are amazing, but I tire of the omnipresent violence. And I was irritated that the humans "owned" the Pokemon. Those pesky humans, always dominating everything. I was astounded, though, that the most powerful Pokemon's consciousness was raised in the end. He said (paraphrasing), "I have learned that it is not the circumstance of our birth that matters, but what you do with your life that matters." Profound. Lessons come in unexpected ways, all we have to do is listen.
---
Images by Peggy
Posted by Peggy at 11:10 PM

Email ThisBlogThis!Share to TwitterShare to FacebookShare to Pinterest
Labels: Toys