Denver, Part Three: The Coolest Peeps You're Ever Gonna Meet.....

The next day in Denver we needed to find a discreet place to smoke. I'm all in favor (as is any pot smoker) of discretion. Denver is being thoughtful with the roll out of this experiment. I'd like to see it succeed. I'm not alone in this, many would like to see this succeed so it's all about responsibility, hospitality and peace. And hey, why not make some money? You need money to live in this economy. And a lot of it. Oh and BTW - most pot smokers don't drive high. We'll talk about this later, but we had some real cool cab drivers who watched our backs. I love cab drivers! You learn so much from them.

Our friends at Purple Haze gave us an address to a post-industrial area to the west of the city. Cool. I love post-industrial. Should be lots of photo ops. I was a little tired and I thought it might be a great break from the densely populated area of E. Colfax. 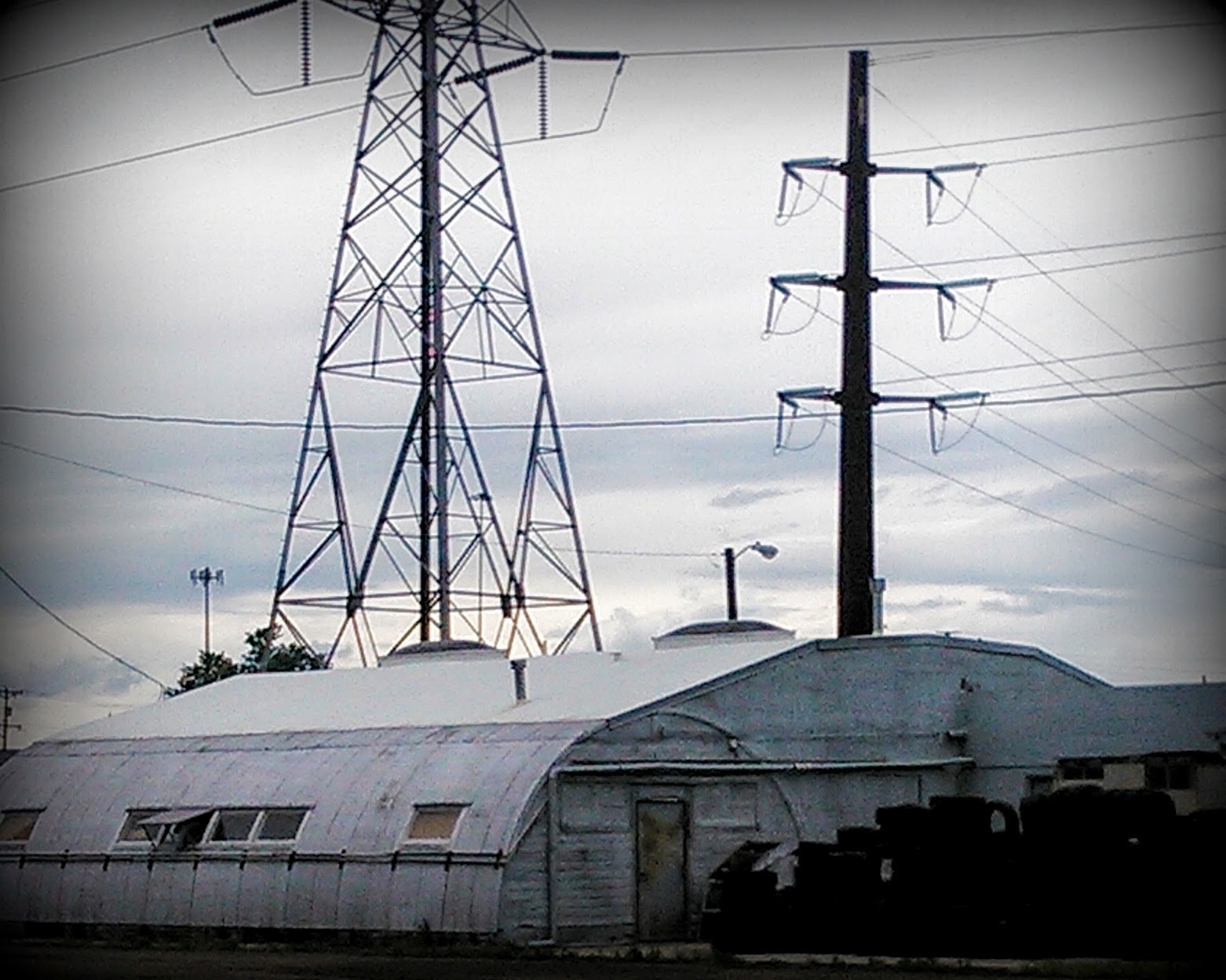 We made a quick stop at Subway. Have you tried the turkey with avocado?  Delicious!  We walked in this area, I was in heaven with my little camera.  Clicking away in the gray, drizzly weather. My favorite. I noticed these barracks behind what I'm assuming is a closed factory. Huh. You know you could stimulate the economy and put people to work in those areas growing hydroponic weed. And you know hemp isn't just good for smoking. It makes superior cloth, soap and paper. To cut down trees -when Mother Earth gave us this glorious plant - is a sin.

Or these could be converted to rental spaces for living, or maybe even lounges for people to smoke. 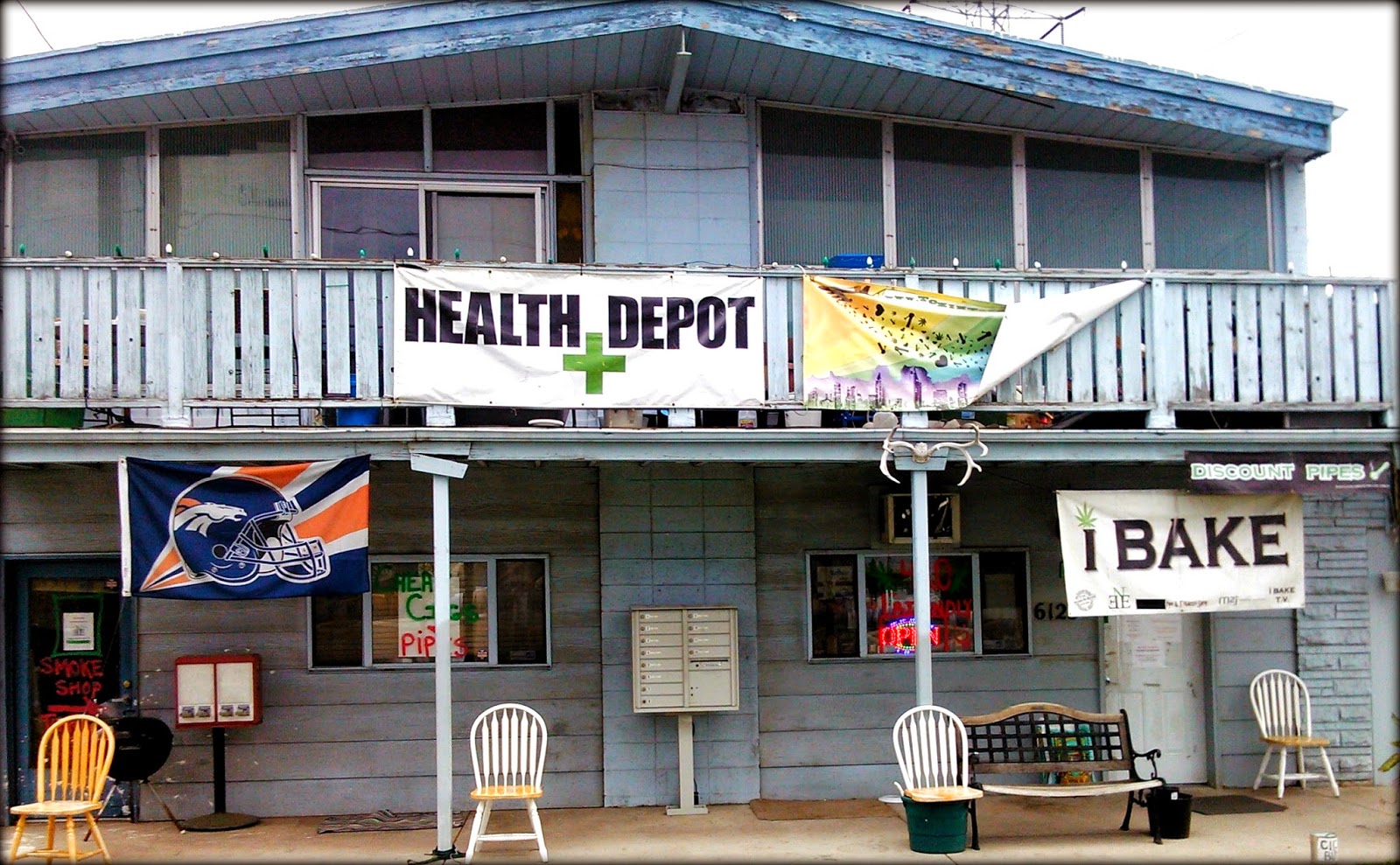 So we ventured into i Bake. We were greeted warmly. You pay for a membership (only $10) and you can hang out as much as you want 24/7. You bring your own smoke and/or pipes, although they have a ton of pipes you can borrow. You also bring your own snack if you want. And it's just a super chill time. Most stuck to themselves and were enjoying their medication of choice. I learned a lot from a local chemist about picking the strain that is good for your physiology. It's all chemistry. I learned just enough to know that I have a lot to learn!

Had some cool conversations. Sat at the bar and smoked my favorite, Pineapple Express. Chilled to the music. It was heaven. And it was a lifelong dream of mine! I always thought I was going to have to go to Amsterdam to take part in this activity. I was fulfilling this dream in the U.S.!  And it was perfectly legal! Just on a side note: a friend of mine recently traveled to Amsterdam. He told me tourists are not allowed to smoke. Don't know if it's true or not. Please leave me a comment if you know anything about Amsterdam.

Actually, my lifelong dream is to sit in a coffeehouse and smoke a dube. You can't do that in Colorado. They are still being very careful. And I get it. There are kids to think about. Then there's the smell which is offensive to some. Weed smokers do not want to offend. In fact weed makes people better at difficult social situations.  But I think vaporizers are coming a long way. We may actually be able to use vapor in a coffee house. No smell, no smoke in your lungs.

Anyway this was a good time. I was feeling no pain. I was worrying about not a damn thing. We even sat on the porch and watched the rain for a while. 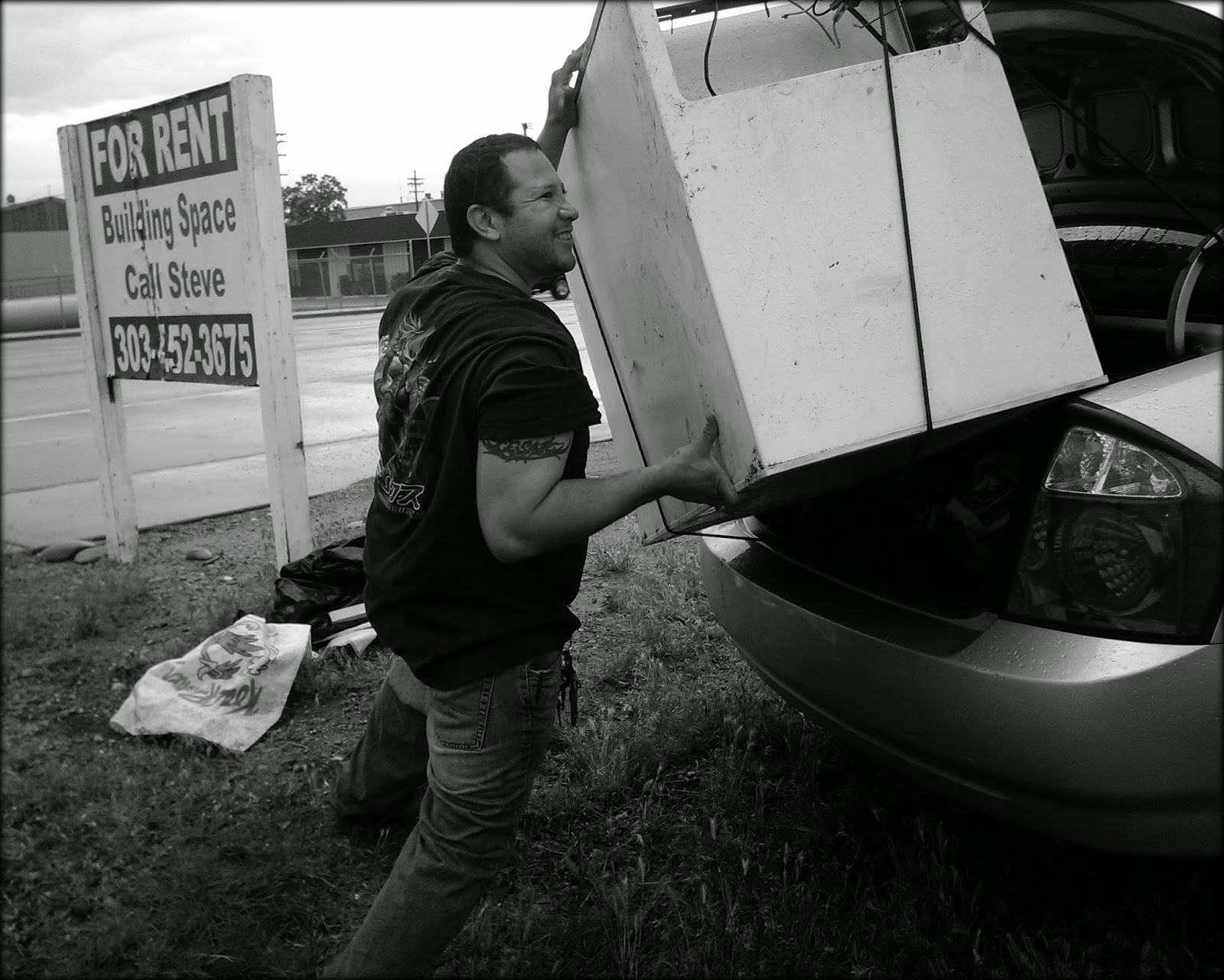 While we were there we met this dude. Can't remember his name, my bad. Like so many people I've met in the last few years, he fell on hard times. I should mention that before the rain it was like 100 degrees and the sun was beating down. This dude had gotten an AC unit from the garbage. Yep the garbage. He was tearing it down enough to put it in his car - that he was living in. He touched my heart because that dude was in that sun, then in the pouring rain for hours performing extreme manual labor. He finally got it in the car enough that he could drive slowly, and we all prayed that the cops wouldn't fuck with him.

The irony struck me yet again. This is a man who the privileged would call lazy. They would say he doesn't want to work. And they don't have a clue what they are talking about. I sat and watched the dude for quite a while. He was sweating like a pig. He was cutting himself. He got drenched by rain. His muscles rippled cuz the shit was heavy as hell. Once he got it to the scrap yard he would get pennies for it. If that ain't work, I don't know what is.

He was good natured and pleasant to talk to. He did not mind my ignorant Euro-centric questions at all. So I gave him a bud. Hey, the dude's exhausted mentally and physically. Some bud will help him get through the day. I also gave him money for a meal because - I am not shitting you - he was so hungry I could hear his stomach rumbling. He didn't want to take it. But I insisted he take it,  and that he drink some water. I don't know how he didn't have a heart attack. He said in his loving way, "Hey you do what you gotta do." True dat. We shared a group hug, and I told him he's on the right path. I see people do this sort of thing in Cleveland all the time. The difference is in Denver there's some opportunity.

All images by Peggy
Posted by Peggy at 9:29 PM

Email ThisBlogThis!Share to TwitterShare to FacebookShare to Pinterest
Labels: Denver, peeps, THE RELUCTANT ACTIVIST, travel, We are the 99%