What do you do when there's nothing to do?

Tonk gallantly offered to go with me so I wasn't nearly as pitiful as I might have been. His chatter about Obama kept my mind off THE NEEDLES. We had two hours to kill between appointments. Since we didn't know what to do - and I wasn't allowed to eat - we did what you do in America. We shopped.

I walked around Old Time Pottery in a daze. I wasn't in a mood to buy. Truth is I have more than enough stuff. And the overstocked shelves made me want to puke. But, if I had been in the market for a red vase, I'd hit pay dirt. 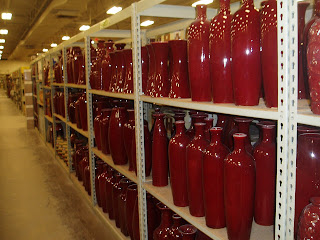 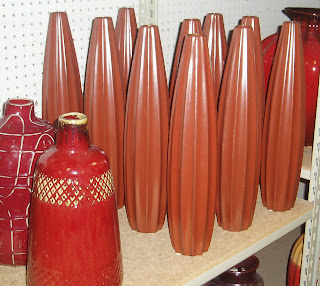 I kinda like those two short ones to the left. But I don't want to add red. Don't want to go in a whole new direction. Although red does look good with pink.... 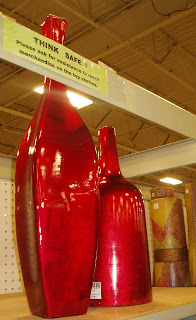 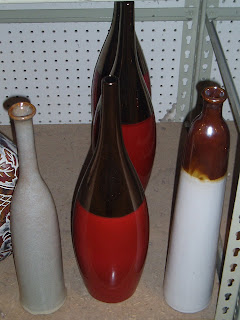 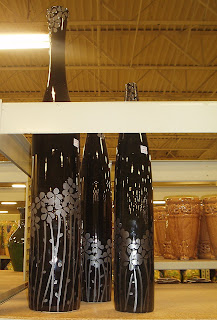 I thought these black ones were kind of cool too. But again, that would start a whole new direction in my apartment. Because of course then I'd have to buy these vases too (see previous post).

They had a freaking ton of pillows. Cute ones too. And cheap. 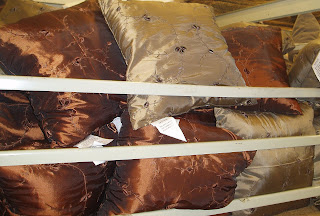 These are silk. And only $7.95 each. Wonder if I could get away with adding brown pillows to my decor.

Overstimulation at times wears me out. I was too tired to look at the lamps. Imagine that. Still those brown pillows are cute....