Local Hip Hop Radio and the Reign of Nicki Minage

107.9 is a local hip hop radio station.  I'd like to say that they are cutting edge, but they're  disappointing.  Rickey Smiley is not funny, and it's irritating that the cast members laugh at everything he says.  If I'm in the car in the morning, I have to turn it off.  I get really angry at Johnny Carson and Ed McMahon for inventing that formula.  Boy Ed really had the game beat didn't he?  I mean talk about money for nothing...sorry I digress.  DJs sometimes forget the reason we listen to the radio - music!   DJ K Nice is the freshest part of day time radio.  I tune in if I'm in the car at noon.  He spins old school.  Impossible not to move to.


The radio station ought to change its name to Minaj radio.  The rest of the day is dominated by Nicki Minaj, in a way I've never heard.  Man is Minaj enjoying her 15.  I was in the car for two hours the other day -  and I am not kidding - almost every song featured Minaj.  I gotta give props to her producer.  What a genius.  Not sure who it is, but they are on a level with Dre, P Diddy and Jay Z.  They've made sure she is dominating radio by a multitude of duets.  She's done duets with Drake, Usher, Ludacris, Eminem, Rihanna, Kanye West, just to name a few.  And then, of course, there's her own singles and new CD.  I mean the girl owns the air waves.  I imagine the public will get saturated with her.  But right now is the queen.

I first noticed this Trinidadian phenomenon on her verse to Monster.  I was like, "Damn who is that?"  I mean the girl rhymed monster - gangsta - Sri Lanka - Willy Wonka - conquer.  Don't believe me?  Have a listen.  Poetry. But most importantly - in my humble opinion - the girl rocks a pink wig. 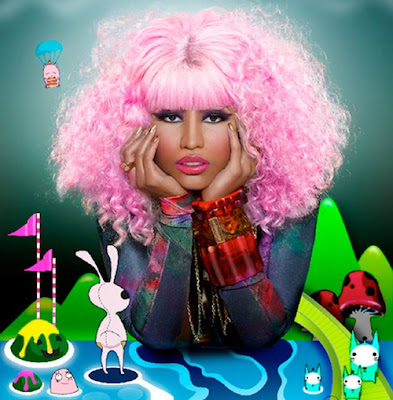 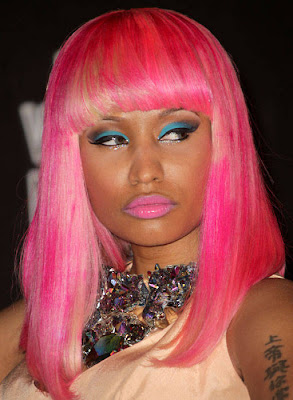 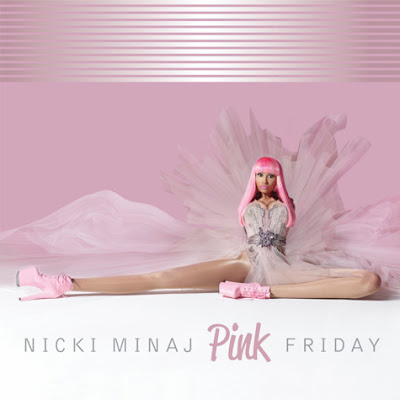