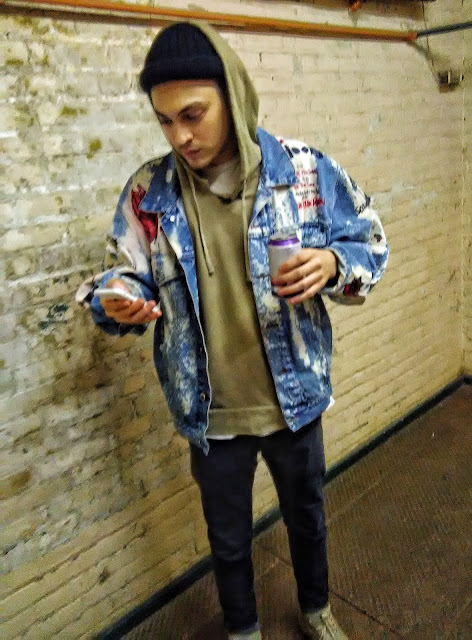 We live in turbulent times, it's easy to lose faith in humanity. When this happens, it's important to get out and talk to young people. It's a mistake to underestimate them. A renaissance, similar to the one we saw in the 60s, is taking place. And it's welcome and needed. The youth today have seen the servitude their parents lived under. They've seen their parents work themselves to death, barely able to support their families only to lose their dreams, passions, pensions, health and often their lives.

Young creatives want no part of this out dated, imbalanced way of living. They have refused to play the game. They are not fearful, and are taking the lead building a brighter future. As such, it is up to the older generations to nurture them. 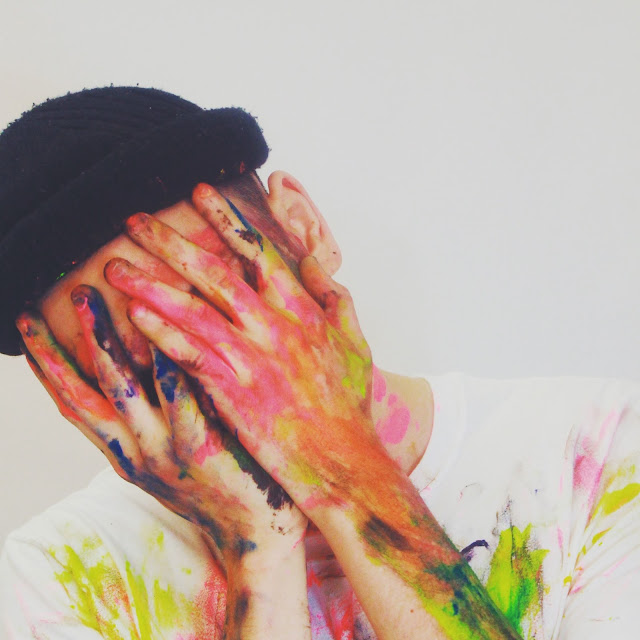 Last week, I had the honor of meeting one such young Renaissance Man. He goes by the name of Peso. At a mere 21 years of age he is possessed of a deep wisdom and intellect.

Cleveland is host to many undiscovered fine artists. It's part of my mission to provide needed exposure for some of these artists. I am grateful Peso, generously and patiently, took the time to sit down with me and discuss his inspirations and philosophy, as well as the journey he is taking with his art.

Peso's art is not constrained by the over-intellectualizing of scholarship. It's visionary, unspoiled and emotional.   Incredibly prolific, it's hard to believe Peso began painting only a year ago.

As he tells it, one day he was sitting on the sofa with his girlfriend and he knew he needed to paint. He never looked back, he painted on everything he could get his hands on, including tables and doors.

It is rare that a fully-formed aesthetic appears in the first work of an artist, but that is exactly what happened with Peso. 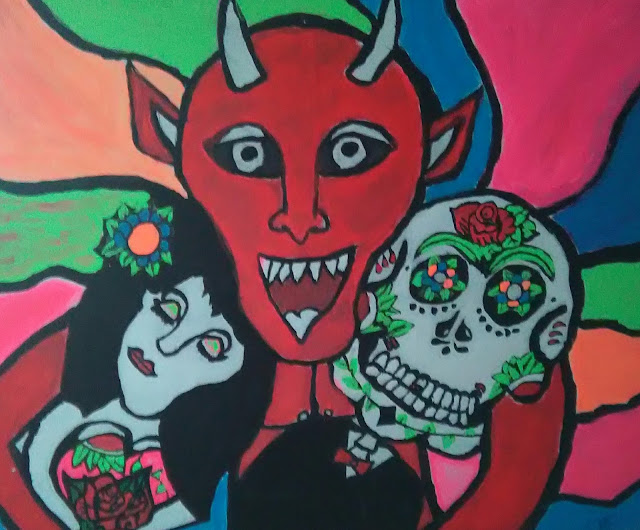 The devil is a charmer in his first piece. It is evident from the get-go that Peso is incredibly self aware for his young years.

Peso bravely confronts issues of mental illness.  Indeed, like many of the great tragic, brooding artists, Peso readily admits that sometimes his art emerges from a place of suffering. As such, Peso allows the images to reveal themselves, he never sets out with expectation and doesn't know what a painting will look like in the end. Even though his journey sometimes takes him through a brave confrontation with suffering, he points out - like a Zen master - that suffering is not to be avoided. Rather, it is a tool to be used to arrive at the joyous freedom one achieves when not constrained by rules.


Peso is to be admired for living an authentic life, and is in tune with the consciousness of youth.  If he had one wish for young people, it would be that they find themselves in creative careers without fear, and without succumbing to the lies and servitude of previous generations.

I believe it is the responsibility of artists to take part in the political process in whatever way they feel comfortable doing. Artists are deep thinkers and are capable of helping raise the consciousness of the nation. Indeed, art is politics and politics is art. This is a sentiment that Peso echoes in his philanthropic work.

He and his partner formed a collective called Feed the People Music. At events where they rock the mic, admission is the cost of canned food or maybe a toy for the kids.

Peso has a love of psychology and pays attention closely to his dreams. He loves both the lovers and haters of his art, believing it is important for art to provoke a response.

Among his many influences are: artists Frida Kahlo, Max Beckmann, George Baselitz, Ralph Steadman and Graham Hancock.  Other influences are Roger Waters and Pink Floyd, Jim Morrison, Stanley Kubrick and Hunter S. Thompson. He is also influenced by African, Native American and Mexican Shamanism. He refers to his belief system as panpsychism, noting that everything is connected.  I told you, dude is deep.

Without further adieu, I present the work of Cleveland fine artist, Peso: 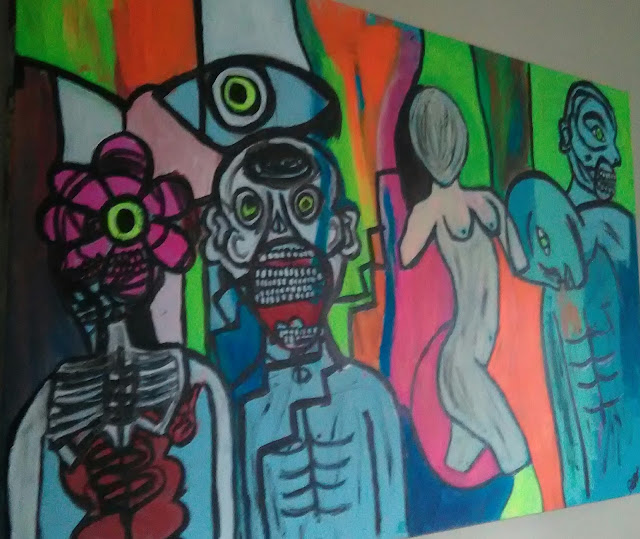 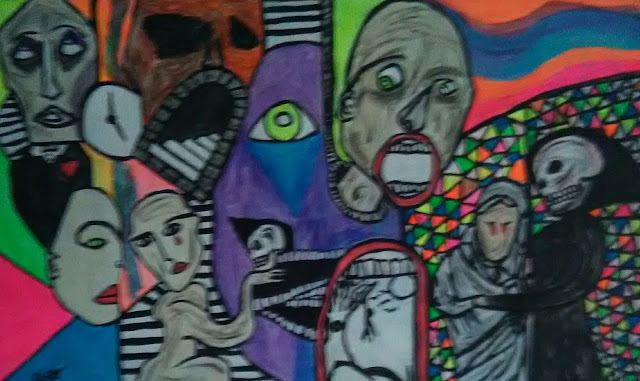 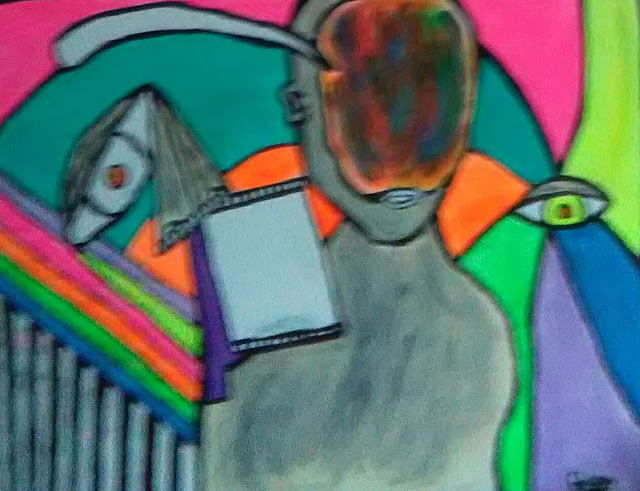 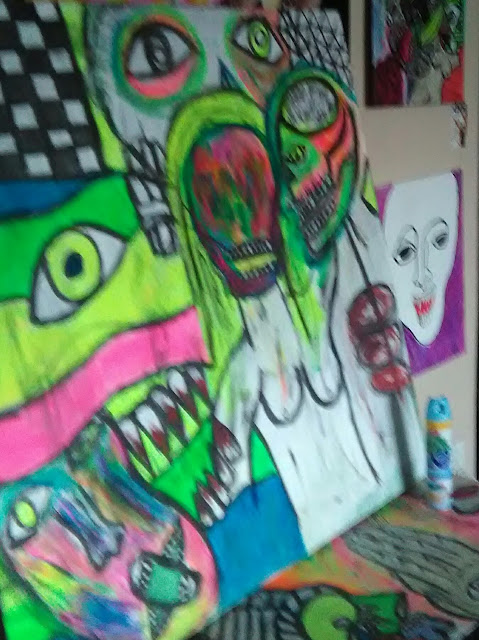 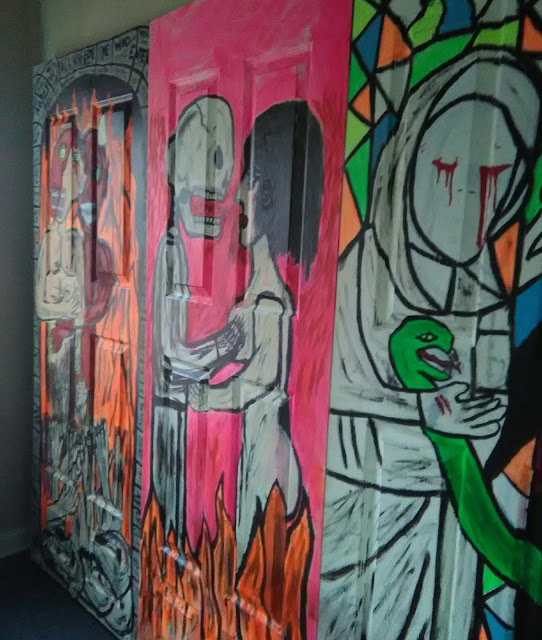 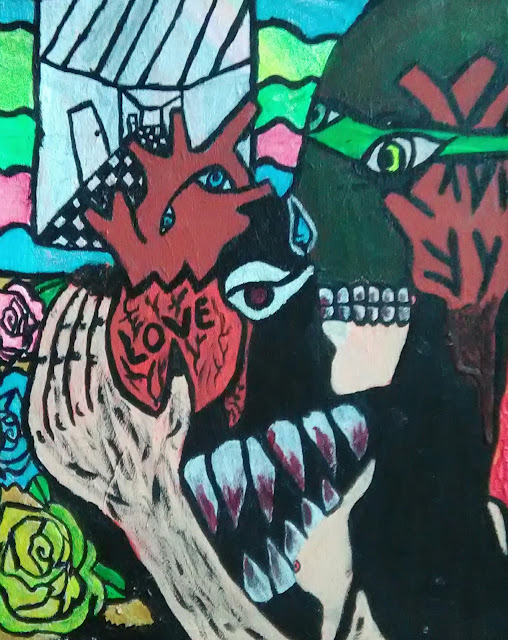 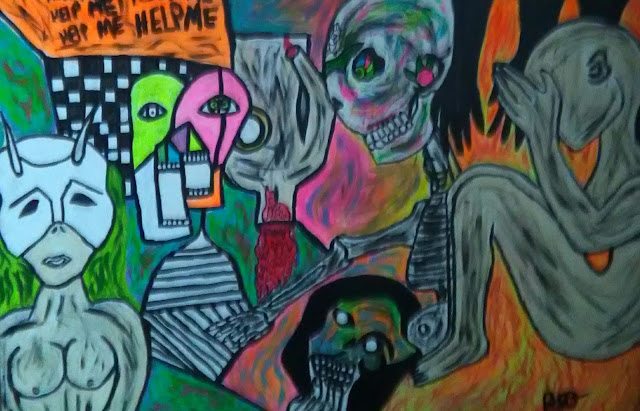 I'd like to thank Peso for being an inspiration and for sharing his world with me. Stay tuned for subsequent posts about Peso where I hope to share more of his philanthropic work, his music and a film project he will be working on this Spring.

Remember to support emerging and local artists. Peso can be contacted at Instagram, here and here.

All photos by Peggy for Creative Influences, except where noted.