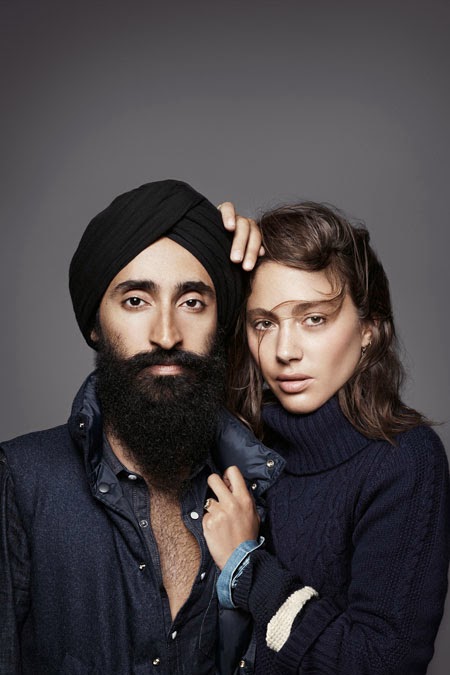 A friend and I have been discussing what the year 2014 will look like. He insists this year people will be kinder, more tolerant and move at a slower pace. I like that. In that spirit I'd like to a shout out to the Gap for their Make Love campaign. The campaign features a rainbow of people.  I like that. That's one of the beautiful things about humankind. Love comes in all shapes and colors. The poster features artists Waris Ahluwalia and Quentin Jones.

As you know this poster made news when it was defaced with hatred in New York. 2014 is a time to give up such ignorance. Here's a quick Cliff notes for those who are interested. Waris is not a Muslim, he is a Sikh. Not that that even matters, it shouldn't even matter if he is a Muslim. A reminder:  We are not at war with Islam. We are war with a fringe faction of Islam. However, we shouldn't be at war at all. I hope that 2014 will be the year we finally lay down our arms.

Make no mistake, those who still ascribe to hatred and ignorance are becoming a smaller and smaller minority. I am confident we will see peace on this planet. It's just a matter of time.

Email ThisBlogThis!Share to TwitterShare to FacebookShare to Pinterest
Labels: marketing, shout out